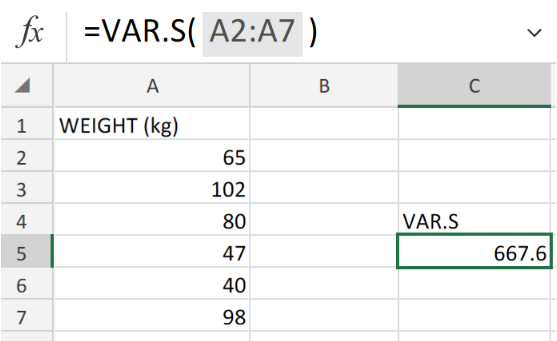 Let’s say we have a data set – which represents a whole population – and we want to determine its variance, we must use the Excel VAR.S Function.

Our sample data variance can be determined by the VAR.S Function.

How to use the Excel VAR.S Function.

Variance can provide us with an idea of the data spread across the entire population.

We are now going to make use of the Excel VAR.S Function to determine the variance of our data sample. 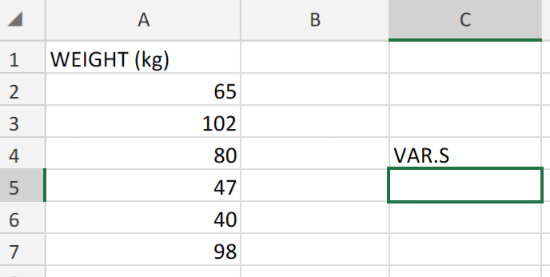 Notice how we provided an empty cell for Excel to return the variance value. 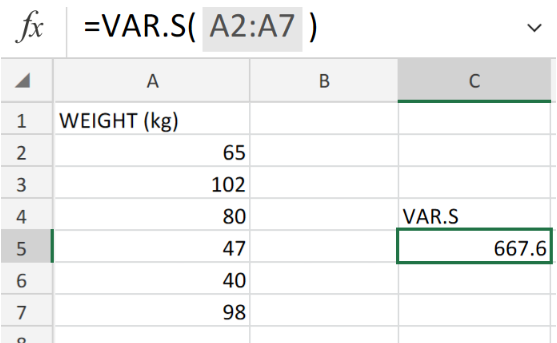 The calculated variance of the individual weight of the sample group, as shown in cell C5, is 667.6. 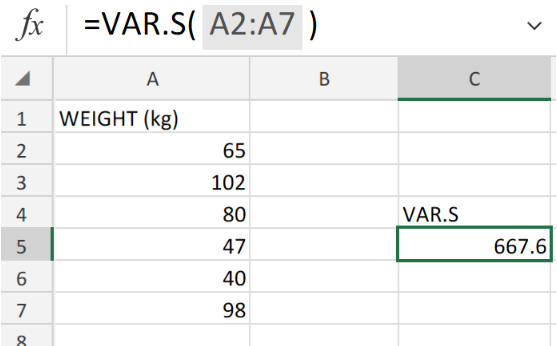 Our live Excelchat Service is here for you. We have Excel Experts available 24/7 to answer any Excel questions you may have. Guaranteed connection within 30 seconds and a customized solution for you within 20 minutes.