Excel allows us to calculate the standard deviation of the population with Excel STDEVPA Function. Comparing to STDEVP function, STDEVPA function takes into account logical and text values in the calculation. The text is interpreted as 0, TRUE as 1 and FALSE as 0. This step by step tutorial will assist all levels of Excel users in getting the standard deviation of the defined data set including text and logical values. 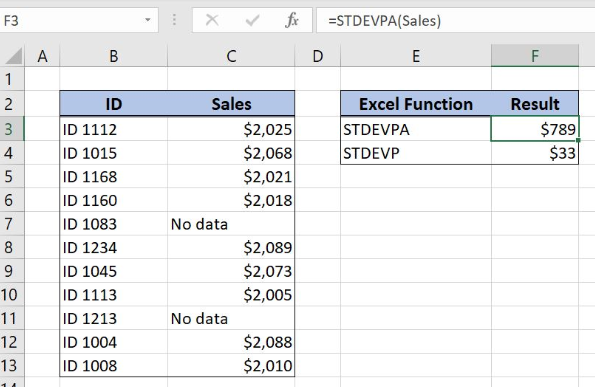 Figure 1. Calculate the standard deviation of an entire population with STDEVPA function

Syntax of the STDEVPA Function

The parameters of the STDEVP function are:

Setting up Our Data for STDEVPA Function 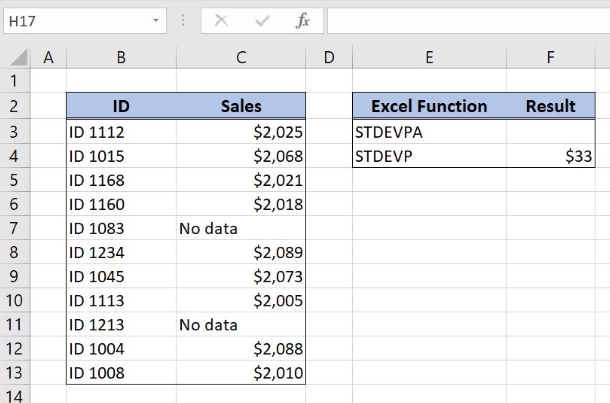 We want to get the standard deviation of the data in the “Sales” column. In order to better explain the formula, we will create a named range Sales for cell range B3:B13.

To create a named range we should follow the steps: 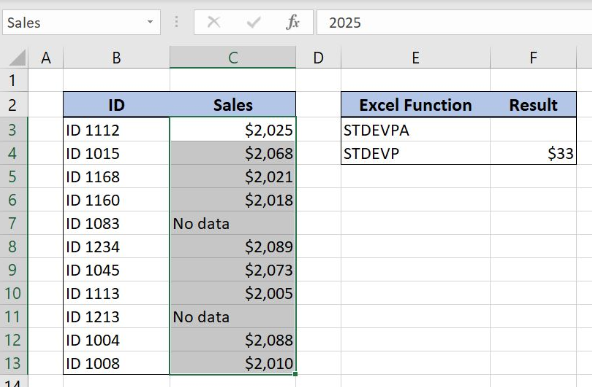 The formula for getting the standard deviation for sales data is:

The value1 in the STDEVPA function is the named range Sales.

To apply the STDEVPA function we need to follow these steps: 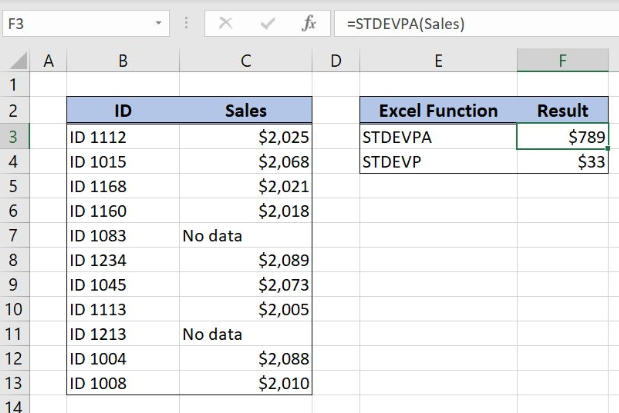 Figure 4. Get the standard deviation of the population including text and logicals