The Slope Function in Excel calculates the slope of linear regression based on a supplied data set of x- and y- values.

Slope in Excel can be categorized under its statistical functions. In mathematical terms , Excel Slope determines the slope of any line between specified data points known as y’s and x’s values. 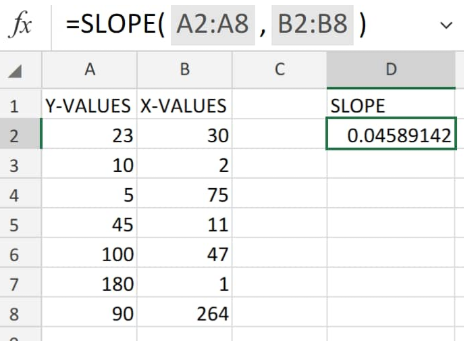 Figure 1. of Slope Function in Excel

A linear regression slope in Excel is basically the vertical/horizontal distance between any two points on that line.

How to find slope of a line in Excel

We will now demonstrate the process of finding slope in Excel with these simple steps; 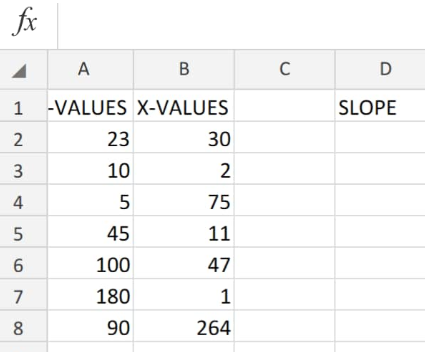 Figure 2. of Slope Function in Excel 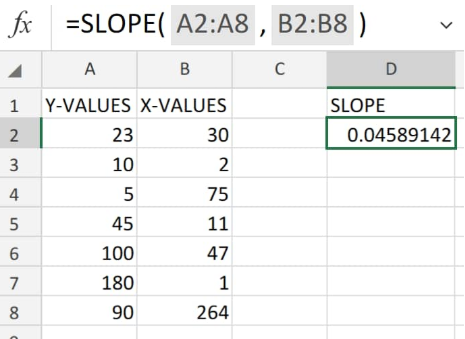 Figure 3. of Slope Function in Excel

The Excel slope output will be 0.046 (approx.) as shown in our work table above.

In our next example, let’s say we have monthly data with known y and x values which we want to determine their slope in Excel. 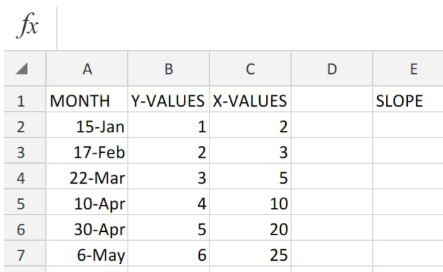 Figure 4. of Slope Function in Excel

The slope formula for calculating the Excel Y intercept and Excel X intercept  in cell E2 above will be as follows: 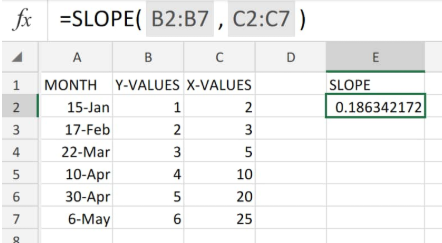 Figure 5. of Slope Function in Excel

The slope Excel and intercept Excel algorithm are designed to search for only one answer.