Assign name to cells and range in Excel

Cells can be grouped into lists or ranges in Excel.  Assigning names to cells or ranges of cells allows us to quickly select the cells.  A named range is also easier to remember and to use in formulas.

Excel provides three methods to name a cell or a range of cells: 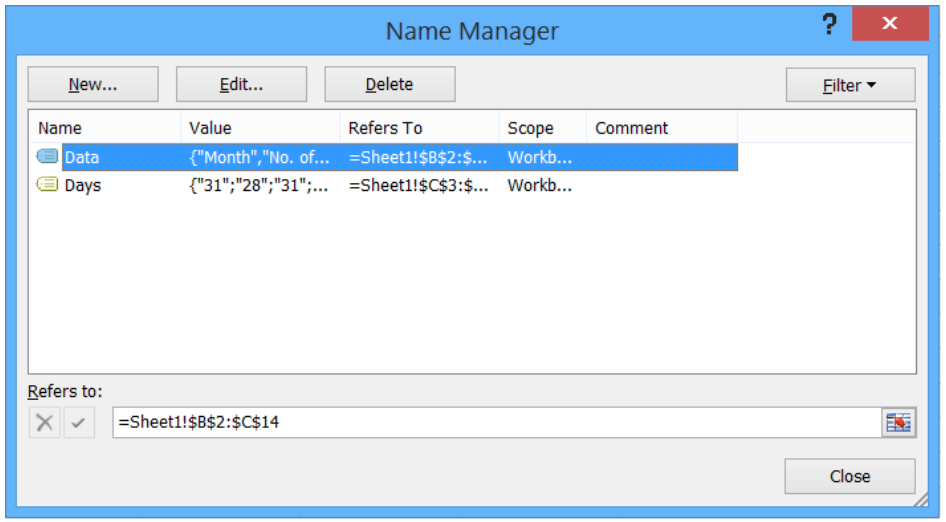 The name box is located to the left of the formula bar.  It displays the currently selected cell in the worksheet.  For the example below, the name box displays “B3”, which is the reference of the selected cell.

In order to create a named range, we simply select the cells we want to name and type the name in the Name Box.

Select cells B3:B14 and type “Month” in the name box.  It’s that easy to create an Excel named range. 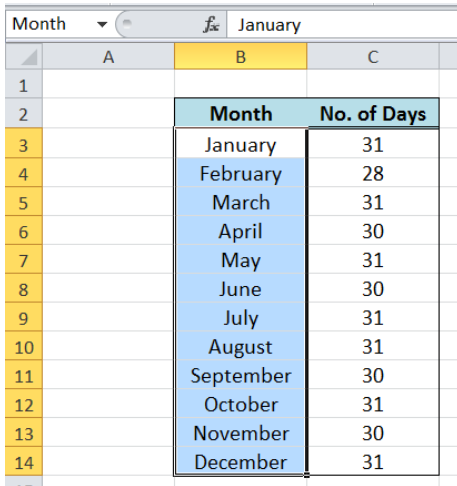 Another way to create a named range is through the Defined Name Tools.

In the Name textbox, enter “Days”. 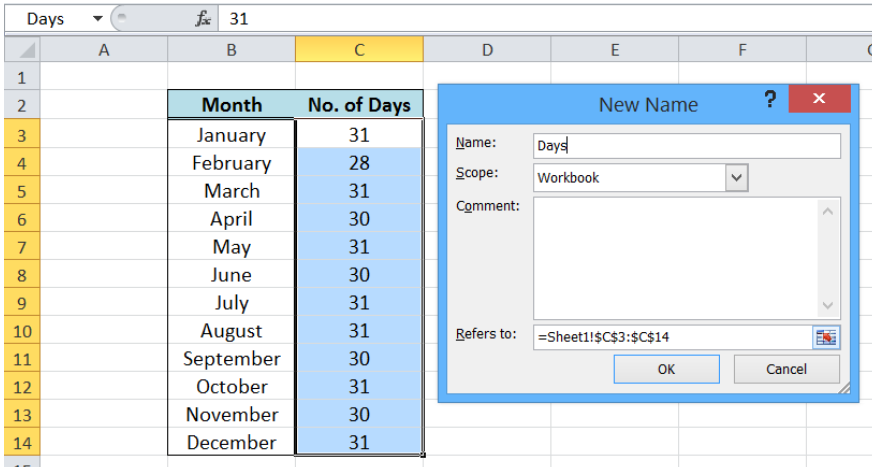 We have now created a named range “Days”.  We can also add some comments when naming the range of cells to help us better understand the named range through an explanation.

How to find a named range?

In order to find named ranges, we have to launch the Name Manager through the Formulas tab, or press Ctrl + F3.

The Name Manager dialog box will appear, showing the existing named range “Days” that we created above. 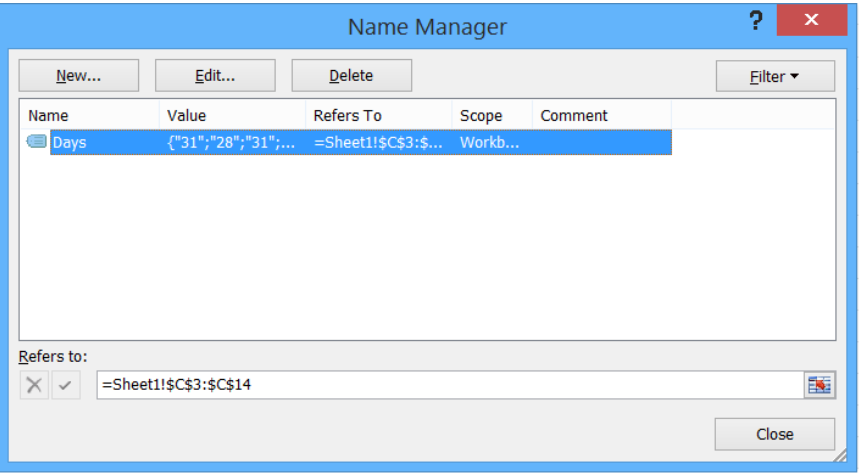 How to add a named range?

In the Name Manager dialog box, we click New to add a named range.  The New Name dialog box will appear.  We can then add a new named range by filling out the Name and Refers to textbox.

In the Name textbox, enter “Data”.

We have now successfully created another named range “Data” through Name Manager. 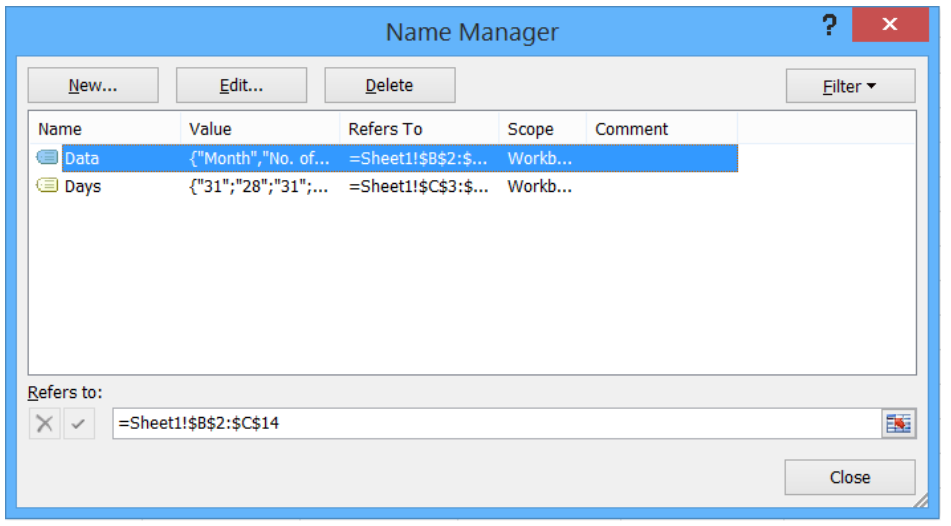 Instant Connection to an Expert through our Excelchat Service