How to find moving average in Excel – Excelchat

Moving average in Excel (also known as rolling average, moving mean, or running average) is basically a series of calculated averages for varying subsets of the same set of data. 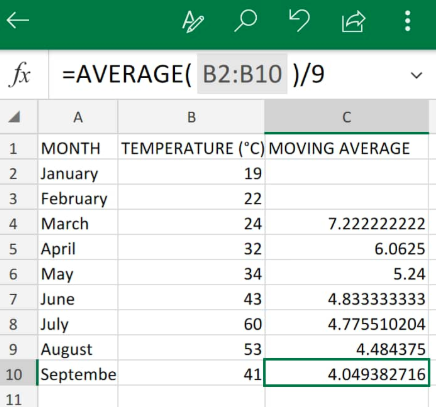 What is Moving Average in Excel?

The Excel Moving average formula is a popular time series analysis technique which is used for predicting the future. The moving/rolling average of a series of time values are essentially generated by calculating the averages of various times series of data. 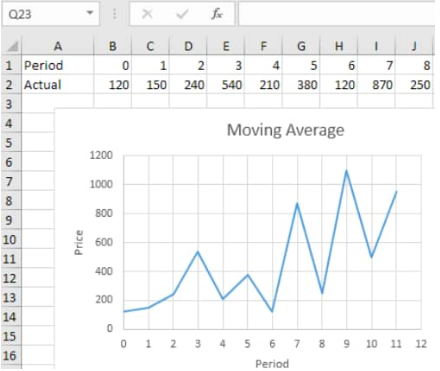 How to Calculate Moving Average in Excel

We will demonstrate how we can calculate rolling average in Excel with the following simple steps; 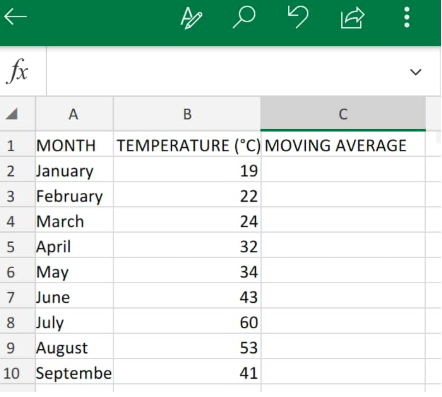 We can easily calculate the moving average by using the AVERAGE function in Excel.

The AVERAGE formula we will enter into cell C4 is as follows; 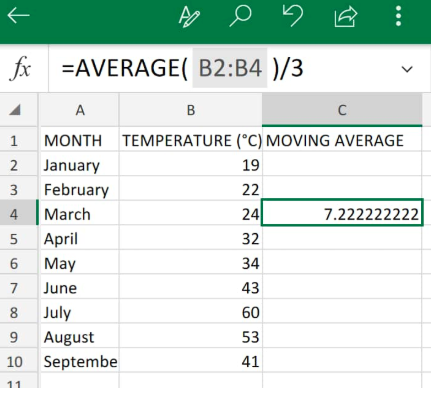 Our Excel AVERAGE formula returned the rolling average value for temperatures in the first 3 months as 7.2. 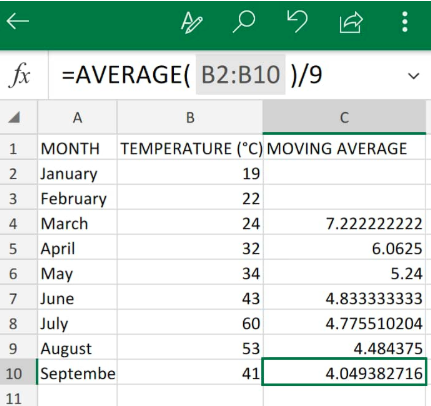 Instant Connection to an Excel Expert