Post your problem and you’ll get expert help in seconds.

How to use the Arrow keys Scroll in Excel – Excelchat

The arrow keys in Excel allow us to scroll through our worksheet without changing the highlighted cell.

They are great for skimming through data. 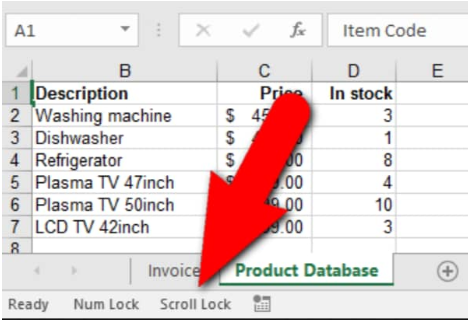 Whenever Scroll Lock is enabled, we can use the Excel arrow keys for scrolling through our worksheet without affecting the highlighted cell.

How to use Arrow Keys in Excel

Typically, when we select cell on an Excel sheet and then click on the arrow keys (keyboard), our selection cursor moves across each cell, either up, down, right, or left depending on which arrow key is pressed.

However, if we press those same arrow keys while Excel arrow keys Scroll Lock is turned on, we can only scroll up one row, or down one row. And also, scroll left one column, or right one column. 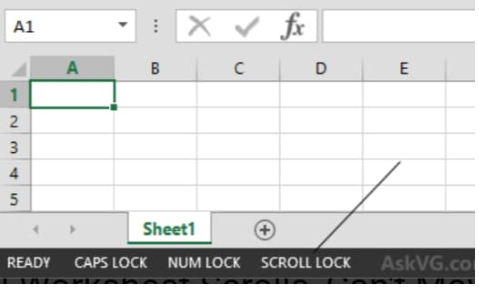 Figure 2. of Scroll Lock in Excel

Excel arrow keys Scroll Lock is a toggle lock key enabled on the keyboard; similar to the CAPS LOCK keyboard key. Once pressed, Excel Scroll Lock is switched ON.

To restore normal use of the Excel arrow keys for movement between cells, we must turn OFF Scroll Lock.

Press the SHIFT+F14 keys to switch Scroll Lock ON or OFF.

wpDiscuz
Got it! Your question will be answered by an Excelchat Expert. Hang tight for 30 secs while we redirect you.